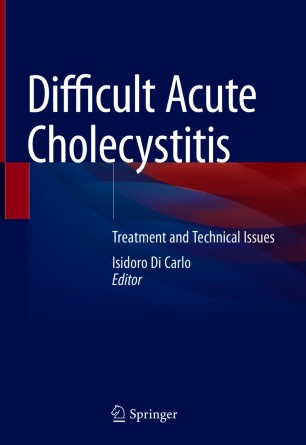 Why did you develop the CholeS Score? Was there a particular clinical experience or patient encounter that inspired you to create this tool for clinicians?

We wanted to use the CholeS dataset, a large multicentre audit of over 8,000 cholecystectomies carried out in the UK collecting intra-operative and postoperative outcomes of these operations in 2014, to look at predictive factors for operative duration in laparoscopic cholecystectomy. As cholecystectomy is a very common operation, we felt that analysis of factors which accurately predicted the duration of surgery would potentially benefit surgeons in several ways: (1) to accurately schedule theatre lists to avoid underutilization and over-runs; (2) reduce costs from cancellations or underbooked lists; and (3) help theatre staff, schedulers, administrators and surgeons in preparing theatre lists.

The score was developed by Reshma Bharamgoudar, Aniket Sonsale, James Hodson, and Ewen Griffiths, and we are very grateful for the surgeons and teams who contributed data to the CholeS study to allow this score to be developed.

What pearls, pitfalls and/or tips do you have for users of the CholeS Score? Do you know of cases when it has been applied, interpreted, or used inappropriately?

The score is for use in patients who are having laparoscopic surgery and not straight to open cholecystectomy.

The score doesn't take into account the extra time to train junior surgeons, or the anesthesia or theatre turnover time, so these need to be taken into account.

What recommendations do you have for doctors once they have applied the CholeS Score? Are there any adjustments or updates you would make to the score based on new data or practice changes?

How do you use the CholeS Score in your own clinical practice? Can you give an example of a scenario in which you use it?

The score in our hospital is used to help assess how many patients we can fit into a standard half-day cholecystectomy lists. For example, we can usually fit in three low risk cases for surgery (i.e., those predicted to be easy and have a low risk of taking more than 90 mins). But if we have a patient with adverse features and a high risk of taking longer than 90 mins, then we usually only schedule two patients. The score is also used if there is an all day mixed theatre list with around 90 minutes spare operating, to make sure we fit in a likely short duration case rather than one that is likely to be more difficult and thus lead to an overrun on the list.

Any other research in the pipeline that you’re particularly excited about?

We have also assessed and developed scores on the following related topics which may interest your readers:

Griffiths et al, Surg Endosc 2018 Jun 28, “Utilisation of an operative difficulty grading scale for laparoscopic cholecystectomy.” This is an intra-operative score which grades the surgical difficulties of performing cholecystectomy and correlates this with postoperative outcome.

Sutcliffe et al, HPB (Oxford). 2016 Nov;18(11):922-928, “Preoperative risk factors for conversion from laparoscopic to open cholecystectomy: a validated risk score derived from a prospective U.K. database of 8820 patients.” This score can be calculated before surgery to predict the risk of conversion to open surgery, and is also good for scheduling lists and consenting patients.

Ewen A. Griffiths, MD, FRCS, is an upper gastrointestinal specialist at Queen Elizabeth Hospital in Birmingham, England. He is also an honorary senior clinical lecturer at the University of Birmingham.

Ewen Griffiths, Consultant Upper GI Surgeon, appeared in the 2nd Series of 'Surgeons: At the Edge of Life'

At the Queen Elizabeth Hospital Birmingham, surgeons with highly specialised skills perform intricate operations that promise to be life-enhancing for their patients.

When 44-year-old AnnMarie was just a toddler, she accidentally drank bleach, which caused severe damage. She has been struggling to cope with her badly scarred oesophagus ever since. AnnMarie has trouble swallowing and visits hospital several times a year to have her oesophagus stretched. It is a highly uncomfortable procedure in which a balloon is inserted into the oesophagus and inflated.

Now AnnMarie has opted to have an oesophagectomy, even though the procedure is high risk and over 30 per cent of patients have serious post-operative complications. Her surgeon is Ewen Griffiths, one of the Queen Elizabeth’s leading consultant upper gastro-intestinal surgeons, who has spent years mastering one of the most complex and risky operations in his field: an oesophagectomy. In this three-stage procedure, the patient’s oesophagus – the 25-centimetre feeding tube, which joins the throat to the stomach - is removed and their own stomach is used to replace it. The procedure can last up to eight hours and involves three different operating sites in the neck, chest and abdomen.

Consultant colorectal surgeon Simon Radley also performs highly specialised operations in his field: complex colorectal cancer. His patient is 64-year-old retired grandmother Hazel, who has a colon tumour that has spread into her liver and abdominal wall. Without the operation Hazel will have only a few months to live, but there is an outside chance that surgery could remove the cancer entirely and cure Hazel of her disease. It is not yet clear if the cancer has advanced into other internal organs and Simon will only find out once he operates. If it has spread further, then Simon knows he will not be able to remove it entirely. But if it is confined to the bowel, liver and abdominal wall Simon believes he might just get the result Hazel and her husband Alan are pinning their hopes on.

The surgical teams need all their skill and years of experience to get the best possible results. As consultant upper GI surgeon John Whiting says, in demanding cases like these, “good enough actually isn’t good enough”.

Sam Ford, our specialist gallbladder surgeon, appeared on BBC Two Series 'Surgeons: At the Edge of Life' in 2018

Surgeons: At the Edge of LifeSeries 1 Episode 2 of 3

The second episode follows some of the country's most daring and skilled surgeons as they perform fiendishly complicated life-saving surgery. Going beyond the theatre doors at the Queen Elizabeth Hospital Birmingham, this episode features two procedures so formidable that they would not have been attempted even a few years ago. Surgical teams at the Queen Elizabeth are constantly pushing the limits of what is possible. But despite state-of-the-art diagnostic scanning, sometimes cancer surgeons don't know exactly what they are up against until they open the patient up on the operating table. Even with the most meticulous planning, sometimes they must resort to taking critical decisions live in the theatre.

74-year-old Jasmine Harkness has been referred to the specialist sarcoma unit with a vast tumour in her abdomen, weighing more than three stone - a third of her total body weight. It is consuming her, displacing organs including her stomach and liver. Unless it can be removed, she has just four weeks to live. Sarcoma specialists Sam Ford and Professor David Gourevitch can't be sure whether they will be able to save Jasmine until they open her up and inspect her anatomy. Such is the risk of this surgery - five years ago they would not have embarked on this intervention.

Sue Sinclair, lead anaesthetist and matriarch of theatre, keeps the others in check - working alongside them as they battle to detach the tumour from Jasmine's organs and blood vessels, and remove it intact. Whenever it presses heavily on vital blood vessels, Jasmine's blood pressure plummets, placing her life in grave danger. It will take unwavering focus to keep her alive. The tumour has grown so invasively that it has crushed and displaced Jasmine's internal organs. Sam and David have a puzzle on their hands to identify what and where everything is. At times, dark humour is the only way to release the tension as they grapple with blood, guts and mind-boggling complexity.

Former racing driver and TV producer Richard Hay has been treated for oesophageal cancer at the Queen Elizabeth Hospital Birmingham, under the care of Ewen Griffiths, star of Surgeons: At the Edge of Life. Richard was diagnosed back in July 2017, and has since received treatment at QEHB, including an oesophagectomy which saw most of his oesophagus removed.

Now, Richard is giving back to the hospital where he was treated and has raised a staggering £15,090 for the Oesophageal & Gastric Cancer Support Group (known as Upper GI) at the hospital, which supports patients with cancer of the upper gastro-intestinal system.

Richard has raised this incredible sum thanks to donations from family and friends, donations from his company Hay Fisher, Caterham Cars thanks to their end of season dinner, and almost half of the total from SRO Motorsports Group.

SRO Motorsports Group, founded by Stephane Ratel, is known as ‘the architect of modern GT racing’. The company specialises in the promotion and organisation of motorsport series across the world, including the Blancpain GT Series and the British GT Championship.

SRO has raised £7,759 to support Richard’s fundraising efforts through its system of ‘fines’ for their racing drivers who, over the course of the season, are penalised for breaking rules such as speeding in the pitlane!
SRO distributes the fines that it collects over the course of a season to selected charities, and this year the team decided to fund Richard’s fundraising efforts.

Richard said: “I am so grateful to SRO Motorsports, Caterham Cars and all of my family and friends who have so generously donated to support my fundraising efforts. It is wonderful that we have already raised £15,090 and this money will go towards funding research and support for patients just like me who have been treated for Upper GI cancer.

“I would urge people who are experiencing difficulty swallowing food and drink to go to their GP and ask for an endoscopy. It is so crucial that cancers of the gastro-intestinal system are caught early and are dealt with.”

Richard’s good friend and Team Parker Racing co-owner, Stuart Parker, supplied one of the racing cars used by the team, a Bentley Continental GT3, for a special photoshoot at the Queen Elizabeth Hospital Birmingham to celebrate the cheque being passed over to Ewen Griffiths and Les Woodhall, from the Upper GI Support Group.

Cathryn Worth, Fundraising Manager at QEHB Charity, said: “Huge thanks goes to Richard for his incredible support for the Upper GI team here at the hospital. He has raised such an amazing amount of money, which will go a long way in supporting patients with cancer.”

The Gallbladder Clinic © 2022 - All Rights Reserved